Meetings of the Local Organization of First United Methodist Women 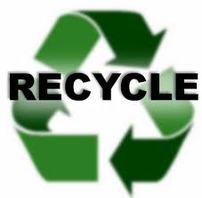 Got Empty Cans and PLASTIC WATER BOTTLES?
REMEMBER, NO GLASS!
Do you have empty aluminum cans and PLASTIC WATER BOTTLES and do not know what to do with them?  Well, to help the environment and to help raise money for missions, the United Methodist Women of First United Methodist Church is sponsoring a collection of ONLY your PLASTIC WATER bottles and soda/beer aluminum cans.  Just bring them on Sunday.  Containers will be provided by the side door leading to the kitchen.  Can’t get here?  Call the church office (623-974-3631) and we will let one of our members, Lenore Whipple, know as she has volunteered to pick up once a week.  For additional items to recycle, call the
office (623-974-3631) for more information.  Thank you for helping to save the earth!